The fixed annuity industry is constantly changing. From product evolution and distribution consolidation to pending regulation and legislation, NAFA works diligently to keep up with every aspect of the marketplace and provide you with its most pertinent news in a timely manner. Utilize the information below to read about recent media coverage in our Monday Media Reports, access monthly advocacy updates via The Call, visit our Press Room for the association’s most current news releases or to catch up on our Twitter feed.

“The general membership of NAFA, the National Association for Fixed Annuities, approved the slate of candidates presented for its 2023 board of directors at the association’s annual meeting held recently in Santa Monica, Calif. Nominations were received from the membership at large, and candidates were vetted by the current board before being proposed during the association’s 14th annual Annuity Distribution Summit.”

“An annuity is a series of payments made at regular intervals. Generally, the term is used to describe an investment product commonly sold by insurance companies and other financial service providers.

Annuities provide a steady stream of income paid out at regular intervals in exchange for a lump sum payment or a series of payments made over a period of time. Like 401(k)s, annuities provide tax-deferred investment growth for retirement income.”

“In the face of the current adverse economic conditions, many would-be retirees are worried about their financial capacity. Inflation remains elevated, matched with skyrocketing interest rates on borrowing. Financial advisers and personal loan management experts may recommend adding more sources of income to cover their living expenses and loan repayments upon retirement.”

“Employers have not embraced adding in-plan annuities to defined contribution plans, which was one of the legislative provisions of the Setting Every Community Up for Retirement (SECURE) Act of 2019, according to new data from Alight.

“The SECURE Act did little to quell employer concerns about annuities,” the Alight report stated. “Even though the SECURE Act was designed to help relieve fiduciaries’ responsibilities for selecting an in-plan annuity provider, nearly half of employers say fiduciary concerns are a major reason they don’t have annuities in their plans.”

“Frustration is mounting among producers who say insurers are slow to process their life insurance and annuity applications. Sheryl Moore is president and CEO of Moore Market Intelligence and Wink, Inc. She also has an influential social network and posted about the delay issue last week on LinkedIn. The responses flooded in from irritated producers.”

“Some people may love annuities. Some people may loathe them. Of course, in many instances, a person’s views on annuities often come down to not just personal preferences, but also to whether they make money from them. A financial professional who sells annuities but has nothing else to offer prospective clients will likely point you in the direction of annuities. Likewise, someone who is not licensed to sell annuities will steer you away from them, quick to jump on any real or perceived faults in this investment option.”

“Rising credit rates and a strong market led to stunning growth numbers for U.S. sales of individual fixed deferred annuities in the fourth quarter of 2022, according to new, preliminary issuer survey results from LIMRA.

Total sales of individual annuities soared 39% between the fourth quarter of 2021 and the latest quarter, to $87 billion.”

“Thanks in large part to record-breaking fixed annuity sales, total annuity sales jumped 22% to $310.6 billion in 2022, a 17% hike over the sales record set in 2008, according to preliminary results from LIMRA’s U.S. Individual Annuity Sales Survey released today. 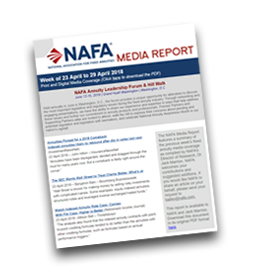 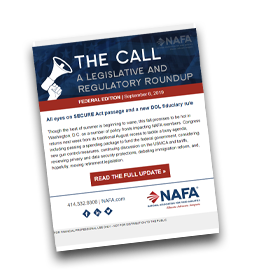 The Call features timely and seasonal regulatory and legislative updates to help NAFA members stay on top of issues impacting their businesses. Both federal and state editions are distributed to keep you informed.

The National Association for Fixed Annuities (NAFA) is dedicated to promoting the awareness, understanding and benefits of fixed income and deferred annuities.

#Regulatory changes continue to impact how to prepare for a more secure #retirement. Are you up to speed? Join us as leaders from EquiTrust dive into the popular #StretchIRA & what you need to know to optimize #planning for clients & their beneficiaries. https://register.gotowebinar.com/register/4777217922218942294

Kudos to Pam & Jason for the rich insights they provided on this week's webinar! Thanks to @InsNewsNet for facilitating a robust discussion on how #DOL's #fiduciaryrule is impacting — and may continue to impact — #annuity producers. Watch on demand: https://www.youtube.com/watch?v=iPiGJ6V3MeU&t=2s

Nothing better than kicking off a new year by growing #membership! We're pleased to have @GoldmanSachs, a leading global financial institution delivering vast #financialservices to distributors & clients, joining our outstanding group of Affiliate Partners. #annuityleadership